Our Comrade Alberto Cubero, PCE (Spanish Communist Party) Secretary General in Aragon and councillor in Ayuntamiento de Zaragoza will be judged in court on the 15th of September due to an alleged "hate crime" as a result of a lawsuit launched by Vox, the ultra-right-wing party. This party is trying to politically disqualify Cubero and therefore is asking for 4 years and 9 months of prison and a 10,000€ fine. The public prosecutor has asked for 2 and half years of prison and a ban to stand in elections, in addition to a 5,400€ fine.

Alberto Cubero has been sued due to his statement wishing that Vox should be welcomed across all the country in the same way it was welcomed in Vallecas (a working-class neightbourhood in Madrid), this is, with demonstrations by the neighbours against the rallies organised by this ultra-right-wing party. In addition, in the lawsuit, Cubero is accused of being an apologist of Communism, a consideration that, we should remind, is not an offence but an honour.

The support campaign #YoConCubero has started in response to this attack from Vox. The account @yoapoyoacubero was created on Twitter and has now almost a thousand followers. PCE Exterior, the party branch for Spanish migrants abroad, has expressed its support to Cubero on its account on Twitter: Our comrade @cubero_alberto will be judged due to being antiracist and communist which is a right, a reason for pride and a duty #YoConCubero.

Despite the attempts to dismiss the lawsuit from the ultra-right-wing party, the trial will be carried on. The judge that rejected the appeal lodged by Cubero, Carlos Lasala, is the same judge that sentenced four young men to 6 years of prison for demonstrating against Vox during a rally in Zaragoza. The lawsuit is unfounded and the fact that Cubero's appeal has been rejected shows, once again, that the State services the bourgeoisie to maintain the status quo and punish the working class and its representatives. In response to the appeal being rejected, Alberto Cubero has twitted: “In the streets, the institutions and now in court we will continue to stand up.”

With this article, the PCE Exterior in Great Britain hopes to make Cubero’s case visible to our comrades in Britain, as it is another attempt by the ruling classes to depress and remove class-conscious organizations and representatives, like it happened with Corbyn and Lula. We would like to express once again our support for our comrade Alberto Cubero and our determination to work for his defence. 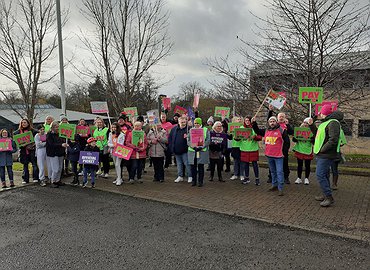 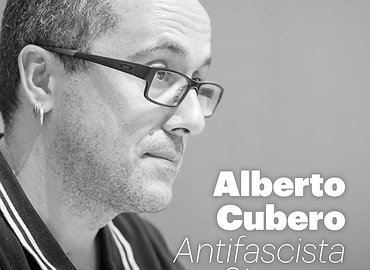 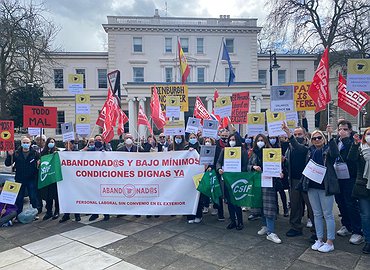 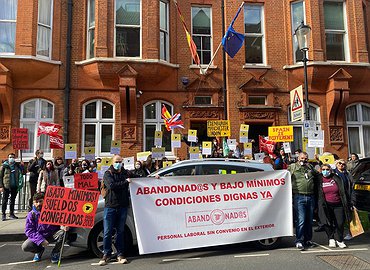